Overfishing is a major problem and according to some, it is a greater threat to our oceans than climate change. The oceans are a source not just of food but of life. They provide oxygen and absorb carbon dioxide but they are being damaged by acidification, nitrogen runoff, plastics pollution, global warming, and overfishing. According to the World Wildlife Fund (WWF) the stocks of all species currently fished for food could be exhausted by 2048 if fish continue to be consumed at the present rate of around 24kg per person. Not only will this mean the loss of an important source of food and protein, but the destruction of what is a very delicately balanced ecosystem and source of life. 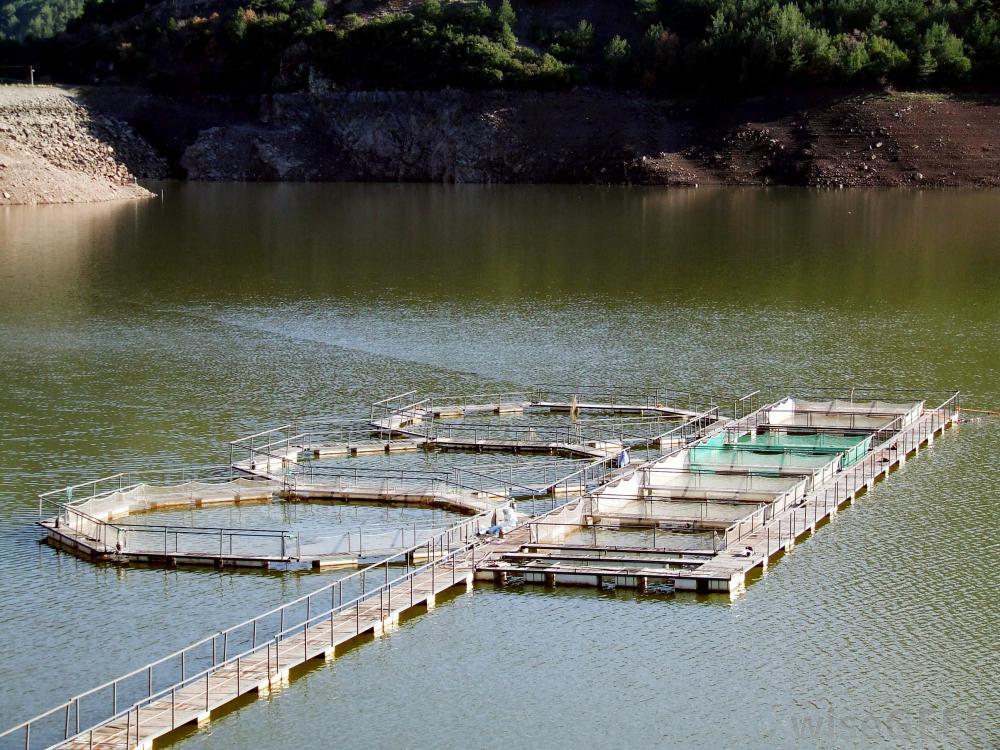 One of the ways in which this is being addressed is via aquaculture or fish farming. Although first practised in the Neolithic period, some 6,000 years ago (4,000 years BC), the start of the modern industry was in Norway in 1959 when Karstein and Olav Vik constructed floating wooden cages to breed and grow wild fish, the first trout then salmon. In 1968, they took out a US Patent for their method of breeding fish, and in 1970 Ove and Sivert Grontvedt created the world’s first salmon farm when they put 20,000 Atlantic Salmon smolts into large floating cages off the coast of the Norwegian island of Hitra.

By 2017 some 1,598 aquaculture companies were operating off Norway’s 21,000 km coast, employing 7,376 people and producing 1.3 million tonnes of salmon a year. The salmon farms are big with 8-10 pens, each holding about 200,000 fish, more than the entire global stock of wild Atlantic salmon, which is on the verge of becoming an endangered species. Indeed, some 90% of the known healthy populations of Atlantic salmon are to being found in only 4 countries – Iceland, Ireland, Norway, and Scotland. As a consequence, the production of farmed salmon outstrips the catch of wild salmon by some 300% (i.e. for every salmon caught, one tonne of farmed salmon is produced).

As a result of such enterprise and innovation, it would appear that aquaculture is contributing not just to SDG 2 (hunger) but also to SDG12 (responsible production and consumption) and SDG 14 (life below water) by conserving the fish stock and reducing the requirement for overfishing. However, it is estimated that some 9.5 million fish die each year in salmon farms from disease, parasites, and the chemicals used to treat them, and the WWF contends that aquaculture is a major threat to wild salmon stocks if not the major threat. This results from erosion of the gene pool resulting from interbreeding when the farmed salmon escape, the transference of diseases and sea lice from the farmed to the wild fish, and the pollution of the water resulting from waste fish food, pesticides (used to kill fish lice) and fish faeces. This waste can cause slime on the water surface, decreasing oxygen levels and killing the life in the water, thus disturbing the ecosystem.

So, it would seem that as on land it is necessary to recognise that the sea is a system and that innovations that address one problem can cause problems elsewhere in the system. Thus a systemic solution is necessary and it would seem that harmonious entrepreneurship applies equally under the sea as it does on land. The case suggests that, as on land, a more integrated, holistic approach to entrepreneurship is required than has been the case previously. In the case of salmon farming in Norway, the negative impact of fish farming is being addressed by moving the farms further out to sea, where there is more space (Norwegian stocking ratios require 2.5% fish and 97.5% water), the water is deeper and the currents stronger (dispersing the lice, waste, and faeces) and there is less interaction with the wild salmon. In 2017 Salmar ASA constructed “Ocean Farm 1” five Kms off the coast of central Norway. It is the largest fish farm in the world measuring over 100 metres across and 40 metres deep. It can hold 1.5 million fish and is equipped with cameras, oxygen sensors, and other digital devices to check on the health of the fish, optimise feeding and monitor the environment. 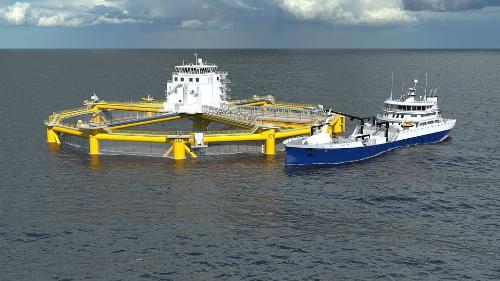 While increasing production Ocean Farm 1 “could represent a new era in sustainable seafood production and is potentially adaptable worldwide”. Using technology Salmar ASA is responding to the world’s need for more and healthier food while at the same time aiming to reduce the environmental footprint and improve fish welfare. It is addressing the problem more systemically than previously but is this really addressing the problem or simply buying time and “papering over the cracks”.

Could a more harmonious entrepreneurial solution be found? Join the discussion.