While slavery was abolished in most countries 150 or more years ago, the International Labour Organization (ILO) reports that 40 million people globally are subject to some form of modern slavery, more than three times the number involved in the notorious transatlantic slave trade that took place between the 16th and 19th centuries. Some 10 million are believed to be children, and 28.5 million, women and girls. While the incidence of modern slavery is greatest in Africa and Asia, it affects the weakest and most vulnerable people and can be found anywhere in the world, in the developed and developing economies. In the USA, over 400,000 people live in conditions of modern slavery, while in the UK, this is estimated to be 10,000.

Modern slavery is big business, accounting for estimated annual profits of $150 bn and a loss of $21bn in earnings. The one-off cost of a slave is reported to be $450, with a forced labourer generating an annual profit of around $8,000, while sex traffickers reputedly earn an average of $36,000 per victim. In the UK, modern slavery is frequently linked to the drive for cheap products and services, and crime and drug trafficking. Violence and threats are common, with little respect for human life. While there are organisations like 182-year-old ‘anti-slavery international’ that work to end slavery throughout the world, in Cardiff, Manumit Coffee, a roaster, not a café, helps the survivors of modern slavery rebuild their lives. Founded in 2017 by the Rev Dai Hankey and Nick Davis, Manumit emerged out of a Christian charity, RED Community which works to raise awareness of modern slavery in schools, colleges and universities. They offer training about modern slavery and provide funding and support for survivors. Out of this project came the realisation that there was a need for a secure space to help survivors regain their confidence, develop both hard and soft skills and get back into legitimate gainful employment. So Manumit (old English for freedom or emancipation) was launched to employ men and women who have been exploited by ruthless traffickers and slave traders [Baumol’s (1990) “destructive” entrepreneurs], train them to become coffee roasters and baristas and help them find other work opportunities. While they are training, they are paid a living wage and helped to develop their skills and build their confidence. As Dai Hankey says, “some of the survivors are scared, apprehensive and suffer from panic attacks when we first meet them. It’s so rewarding to see them grow in confidence and trust and start looking forward to a brighter future through meaningful work and the ongoing support and kindness we offer”. Nadia is one such individual, having been trafficked into the sex industry. At Manumit, she has since obtained a foundation level barista qualification, now working part-time in a local coffee shop and gaining sufficient confidence to return to college. 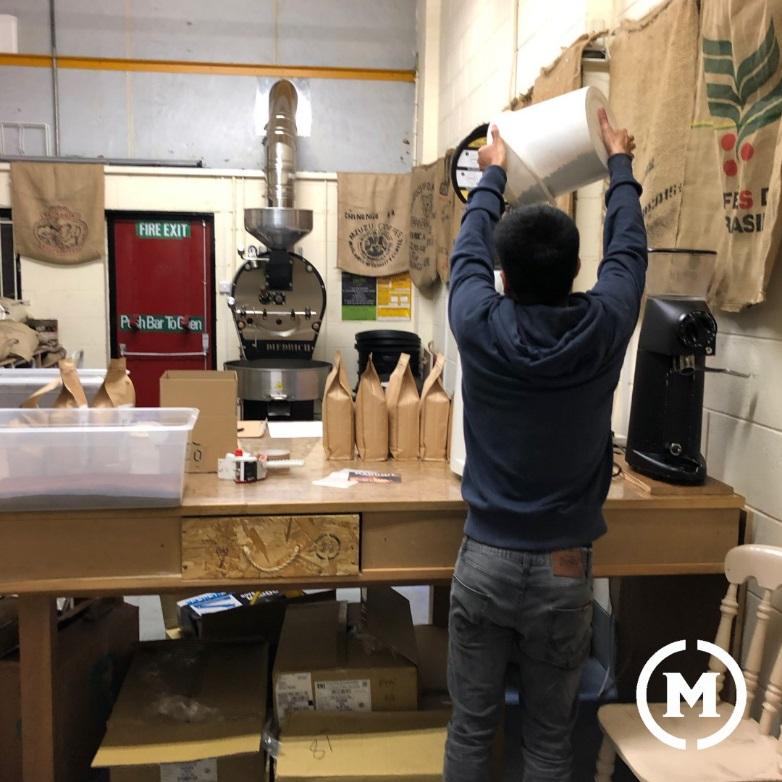 The coffee is sourced from ethical, slavery-free growers in Africa and Latin America, roasted on the premises in small batches, packaged and sold online at www.manumitcoffee.co.uk and to coffee shops, churches and offices. All of the profits are donated to anti-slavery projects. In 2019, Wales and West Housing donated £10,000 to Manumit due to its critical work. Wales and West Housing’s Chairman, Alex Ashton, said “training and employing survivors of modern slavery, coffee roasters, who are sourcing speciality coffee beans from ethical, slavery-free suppliers and investing profits in local anti-slavery projects are helping the men and women who have suffered horrendous exploitation at the hands of traffickers and modern slave traders to rebuild their lives”.

This is important for, as anthropology graduate and passionate co-Director of Manumit Esther Gibbs says, “people are under the impression it [modern slavery] doesn’t directly affect them or their children in the way that environmental issues do. People are worried about there not being a planet for their grandchildren if we don’t change our attitude to environmental issues, but there is not the same urgency with human trafficking”. This has to change, and Harmonious Enterprises such as Manumit are doing just that. Not only is it raising awareness of the issues, but it is helping those who have suffered because of it and, in the process, is addressing many SDGs: 1 (No Poverty), 2 (Zero Hunger), 8 (Decent Work and Economic Growth), 10 (Reduced Inequalities),12 (Responsible Consumption and Production), 13 (Climate Action) and 16 (Peace and Justice Strong Institutions). At the same time, it demonstrates the PROSPER characteristics of the Harmonious Enterprise by being Professionally based, Spiritually and ethically inspired, Physically/materially concerned, Emotionally rooted and Rationally and intellectually based. 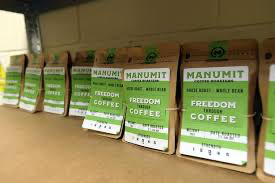