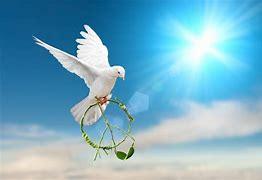 Since Global Entrepreneurship Week 2020, The Harmonious Entrepreneurship Society has posted case examples of systemic, harmonious enterprises that have focused not just on “ making as much money as possible” (Friedman, 1970) but on Elkington’s (2004) Triple Bottom Line of Profit-People-Planet. Each case has addressed not one but several of the UN’s Sustainable Development Goals. Yet, with the exception of the original harmonious enterprise model, SEKEM, none has addressed, directly, SDG 16 (Peace and Justice).

However, each has created jobs (SDG 8), and in so doing has helped reduce poverty (SDG 1), hunger (SDG 2), and inequality (SDG 10 ). According to Koltai (2016) this is of vital importance to global peace as it is joblessness, not religious or cultural conflict, that is the root cause of the unrest that threatens global security and leads to shattered lives in war-torn regions. While this view may be contested, Rupprecht (2019) reports that during the Geneva Peace Week in November 2019 it was concluded that sustainable peace needs a “stable economic climate that can simultaneously prevent the outbreak of violent conflict and proactively foster peaceful societies” and that entrepreneurship  “helps diffuse potential conflict situations”. She also reported that it was further concluded that job creation is the best antidote to war, that employment improves integration and gives people dignity, and that micro enterprises have a ripple effect in the community.

Under such circumstances, harmonious entrepreneurship may be seen to be contributing to peace not just through the creation of jobs but by addressing such interconnected contributory factors as education, health, inequality, etc. Education is particularly important, especially, but not exclusively, education that trains people in how to create employment by setting up and managing a small or micro-enterprise. Since the seminal research of Birch (1979) in the USA demonstrated the job-generating capacity of new small firms, Governments from around the world have required their education systems to introduce entrepreneurship to their teaching programmes, and in many economies, self-employment has become the alternative to unemployment. For criminals and prison inmates, however, the only option on release is unemployment and the rate of recidivism (reoffending) is frequently high, as much as 50% in the USA and 62.7 % in the UK. Hence many prison systems have begun to introduce start-up programmes, admittedly to reduce prison overcrowding and the costs involved (Cooney, 2012). However, in Germany such a programme is reported to have resulted in a reduction in recidivism from 46 to 11 percent, while in the UK, Yoshioka (2016) estimates that a programme developed by the Centre for Entrepreneurs reduces the level of repeat offending to 14%. If correct, such programmes are impacting on SDG 16 (Peace, Justice and Strong Institutions) as are private venture initiatives such as Offploy (https://www.offploy.org), the brainchild of a young entrepreneur and ex-offender Jacob Hill. Founded in May/June 2016 on Jacob’s release from prison, the mission of Offploy is “to reduce reoffending and make society safer by placing people with criminal convictions into meaningful, mentored and sustainable employment”. While incarcerated, for selling drugs at a music festival when his camping business experienced financial difficulties, Jacob saw considerable enterprising behaviour in prison and concluded that “we should be making the best of those who already have the right traits”.

To date, Offploy has supported 1181 candidates and is currently supporting a further 287, just a small proportion of the estimated 11 million people in the UK that have a criminal record. It is only a small fraction of the numbers involved but “great oaks from little acorns grow”. However, as that other ex-offender and global leader, the late Nelson Mandela, has acknowledged, “as long as poverty, injustice and gross inequality persist in our world, none of us can truly rest.”

Koltai, S.R., (2016) Peace through Entrepreneurship: Investing in a Startup Culture for Security and Peace.  Brookings Press.

Rupprecht, S, (2019), Peace’preneurs- the role of entrepreneurs for social stability and peace. Geneva Academy for Peace and Meditation, 27th November.

© Professor David A. Kirby and Harmonious-Entrepreneurship.org (2020). Unauthorized use and/or duplication of this material without express and written permission from the author is strictly prohibited. Excerpts and links may be used, provided that full and clear credit is given to Professor David A. Kirby and Harmonious-Entrepreneurship.org with appropriate and specific direction to the original content.