In the global knowledge economy, universities have become the catalyst for economic and social development and many have added to their two traditional missions of research and teaching a third mission that involves the transfer and commercialisation of the intellectual property stemming from their research. In Tanzania, the Gongali Model Company Ltd is a spinout of The Nelson Mandela African Institute of Science and Technology. Its vision is to be “a model university spinout in Africa that effectively uses academia for society and industry…” 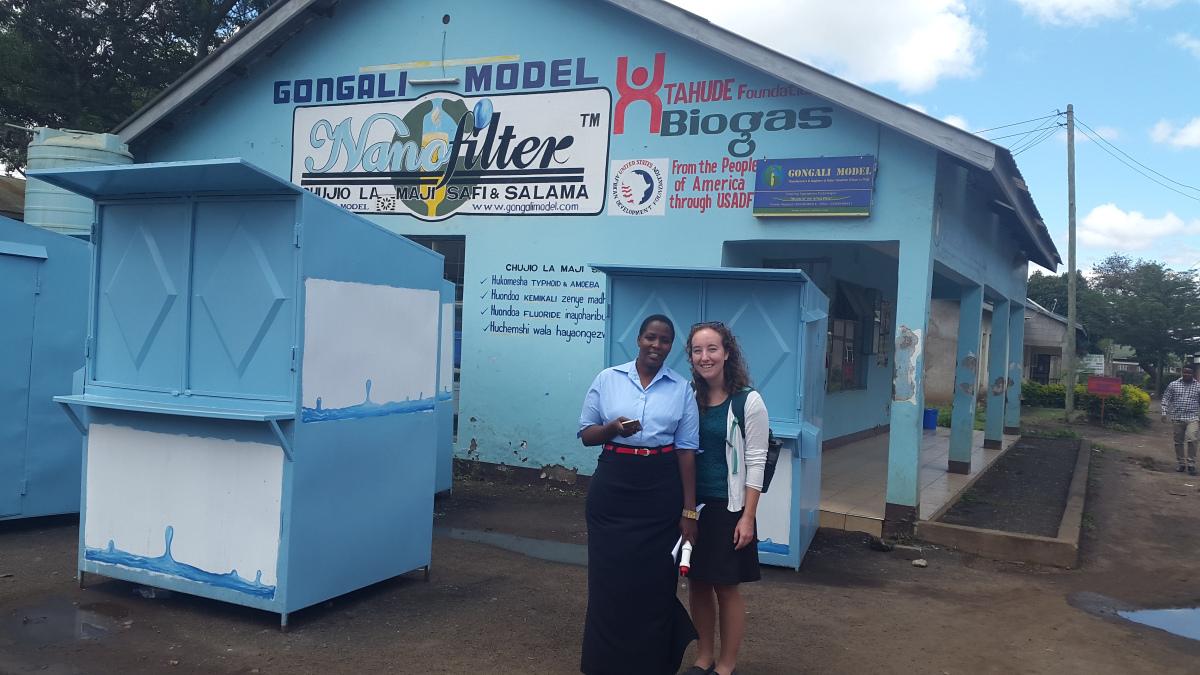 Traditionally Entrepreneurship has been about wealth creation and the most successful entrepreneurs are perhaps best known for their personal wealth. Indeed according to a 2017 Oxfam report, the top 8 billionaires in the world own a combined wealth of as much as half of the wealth of the human race. In Tanzania Academic Entrepreneur Chemical Engineer Dr Askwar Hilonga, a Senior Lecturer at The Nelson Mandela African Institute of Science and Technology in Arusha has ambitions to be a millionaire – but not in monetary terms. Rather he wants to bring safe, clean drinking water to millions of people around the world.

In sub-Saharan Africa, millions do not have access to clean water thus risking cholera, dysentery, and other deadly water-borne diseases, while in Tanzania alone 70% of the country’s 9 million households are using unfiltered water straight from the river. As a child growing up in Gongali, a poor village in rural Tanzania, Dr Hilonga experienced these conditions and suffered like most of his fellow countrymen. After obtaining his Doctorate in South Korea he returned to Tanzania and decided that he wanted his research to produce “innovative solutions for improving the lives of my community”. Accordingly, in 2010 he started work on inventing what is now the Nanofilter, a low-cost water purification system, which he has registered as a trademark. The Nanofilter is a sand-based water filter that uses nanotechnology to cleanse the contaminated water. The sand traps the debris in the water and the Nanomaterial filter absorbs the contaminants leaving it 99.9% clean after six filtrations. No electrical power is required and the filter, which lasts for around 5 years, only needs to be cleaned every few weeks. What is more, the filtration systems can be customised to address the different regional pollutants, such as heavy metals in the Lake Victoria region and fluoride in the Rift Valley.

In 2014 he founded the Gongali Model Company and discovered that Initially, the local people were skeptical but with the support of the Ministry of Health and the Ministry of Science and Technology he was able to convince them of its benefits. The one remaining problem was the price. The filters sell for $150 which means that those perhaps most in need were those least able to afford them. As a consequence, the company sells filters to NGOs who donate them to local schools and is aiming to build, by 2022, 1000+ community water stations where the locals can come, with their receptacles, and buy clean, purified water at 3-5 times lower than the cost of bottled water. The majority of the water stations are managed by local women and this empowerment of women has been “the biggest reward”. Dr. Hilonga acknowledges that the women have been instrumental in introducing water filtration to the communities and that he would not have been successful “if it were not for the local women who got on board and made it happen”.

Empowerment is integral to the achievements of the Gongali Model Company its mission being to “inspire Africans, particularly young professionals, and university students, to develop innovative and sustainable successful business ventures and initiatives that empower their communities”. Dr Hilonga believes that if instead of seeking jobs in Europe and the USA, Young Africans can have an impact at home by helping solve their country’s problems. He believes in having local solutions for local problems and says, by doing so “we will start building our reputation as a country and a continent that can solve grassroots challenges”.

To date, the company has 7 partners and has won some 20 Awards including the UK’s first Royal Academy of Engineering “Africa Prize for Engineering Innovation” worth £25,000 ($38,348) as well as £350,00 ($536,872) from the Human Development Innovation Fund of the UK Government’s Department for International Development (DFID). Dr Hilonga plans to create a sustainable business by scaling up the venture in Kenya and expanding to other sub-Sahara Africa countries and beyond. Before he can do so, though, he has to ensure the filter is easily transferable and convenient, which he is working on. Although he claims that what people want is clean water, not a beautiful gadget, he does recognize that he needs to pay attention to the appearance of the filter and at the same time ensure it is affordable. While he aims to reach as many people as possible and limit the number of children that die from waterborne diseases he claims his biggest challenge is not money, but finding the right people, including investors, who share the “same thinking, same passion, same experience”. 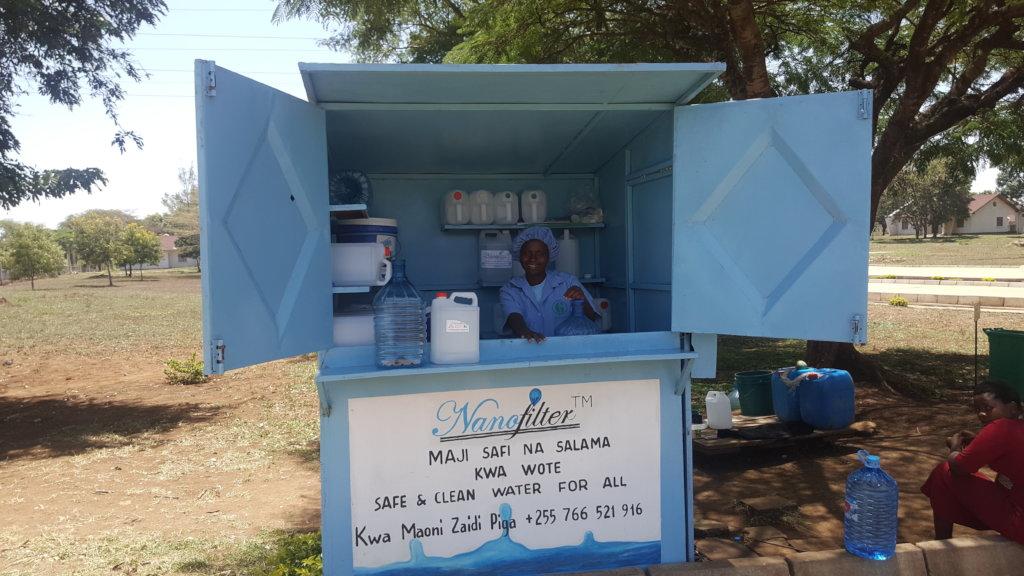 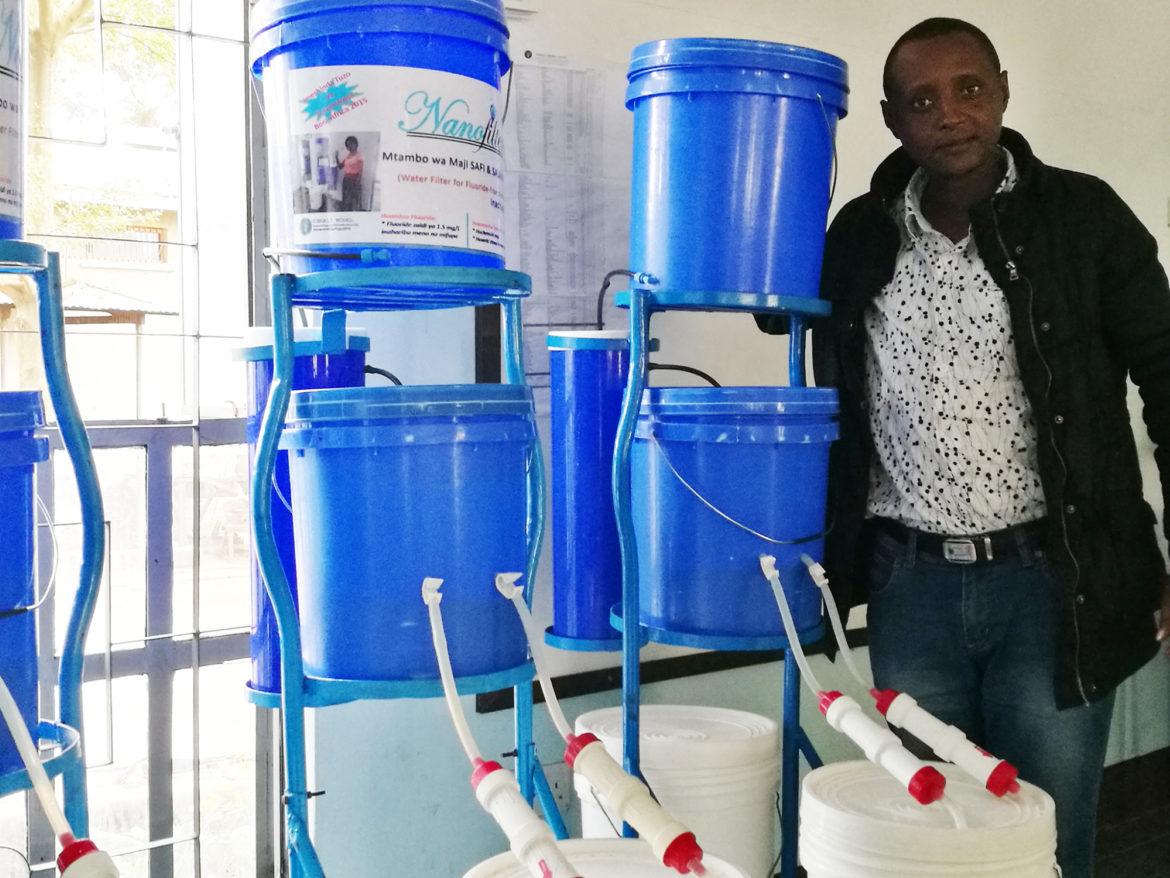 The motto of The Gongali Model Company Ltd is “Inspiring and Empowering” and as an example of Harmonious Entrepreneurship it can be seen to be addressing not just SDGs 6 (Clean Water), 3 (Good Health and Wellbeing), but 9 (Industry, Innovation, Infrastructure), 5 (Gender equality), and 17 (Partnerships to achieve goals).